Over a year ago, when Barbara Hoist started at Full Life Hawaii as its human resources and office manager, executive director Stone Wolfsong asked if she wanted to head up a book club, too. Barbara says she couldn’t believe her luck.

The once-a-week Next Chapter Book Club she now leads is part of a program from The Ohio State University Nisonger Center established 12 years ago so that anyone, regardless of reading ability, can belong to a book club. There are more than 100 “chapters” across North America and Europe. This is the first Next Chapter Book Club in Hawai‘i

Barbara looks forward to Wednesday afternoons, when she heads down to their Next Chapter Book Club meeting spot, outside of Jamba Juice in the Kona Coast Shopping Center. Members always arrive early for the hour-long book club, she says. “They get there 15 or 20 minutes early, every time, and push tables together. They always have the table ready for me.” 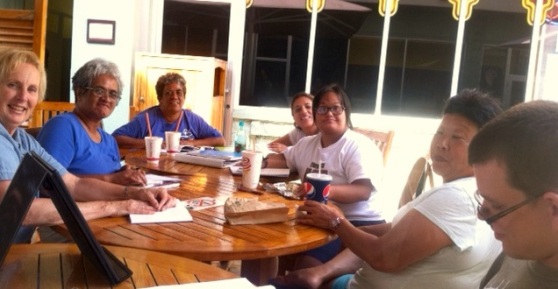 A small poster, which says “Next Chapter Book Club,” stands on the table and identifies the group.

“We have a beautiful conference room in our Full Life office,” she says, “and I could have everybody meet there every week, but we’d be hiding. We wouldn’t be out in the public eye.” 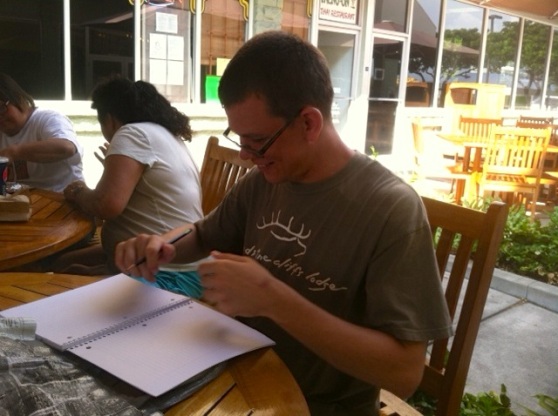 These days, about five core members attend regularly, and others come occasionally. Book club members must be 17 or older, but otherwise the club is open to anyone with developmental disabilities who wants to get together to read a classic novel, make friends and have some fun. Barbara says current members range from a young man in his 20s up to two sisters who are in their mid-60s.

“We’re very social,” she says, “and as well as reading together, we’re becoming such a tight little group of friends.”

As a group, they choose from a long list of abridged novels from the Classic Starts series, which are written at about a 4th or 5th grade level. The hardcover books are slightly larger than a paperback and are nicely bound with some illustrations.

The club’s first selection, when it started in 2012, was Frances Hodgson Burnett’s classic The Secret Garden. It was a big hit.

When they finished that book, a family member invited the group to her home for an English tea party and to watch the movie on DVD. She made cucumber sandwiches, quiche and sweets, and served tea using her grandmother’s antique tea service.

“I was nervous about that,” says Barbara, “but she said, ‘You know what? It’s just sitting in a box.’” The party was a huge success, and the dishes were fine.

According to Barbara, the family member suggested that the book club pay attention to what was different between the movie and the book, and said that she was impressed to see how much of the book’s story the book club members had absorbed and understood.

The next book, which they all decided on together, was The Story of King Arthur and his Knights.

One day, while reading that, one of the book club members, a woman with Down syndrome, brought a big, plastic sword; the kind sometimes used as part of a Halloween costume.

“It was Excalibur!” Barbara says. “She’s a ball of fun, and she was so proud. We had a lot of fun with that.”

When they finished the book, Barbara hosted the group at her home for a pizza party –  “because nobody wanted to go out and roast venison or anything,” she says. Together, they watched “Sword in the Stone,” the Disney movie about King Arthur.

Sanoe Wong, who is in her mid-30s, was already a reader, even before joining the book club. She sometimes shows up with three or four books she’d just checked out of the library. She says she is very happy to belong to the book club. “I like to read every time,” she says. “It’s my favorite.”

Now they are reading The Arabian Nights. “Scheherazade, 1001 Nights…. Those are some wild stories!” says Barbara. “It’s interesting culturally, visiting that part of the world, and how weird the stories are.”

When they are done with this book, she speculates, they might have some Middle Eastern food. Maybe some hummus and pita, she says, and some baklava.

At each meeting, she helps book club members recap what they read before. Then the members take turns reading, and they talk about it as they go. “Because not everybody understands every word,” she says. “We discuss the story, learn new words and how people live differently in other times and places in the world, and compare that to how we live here in Hawai‘i.”

Then Barbara holds onto the books until the next time. “At the end of the session I give them the book and they’re absolutely thrilled. That’s not what we were supposed to do, but I thought, ‘Why not?!’ After we started a new book, some of them told me they went back and were looking at The Secret Garden again.” 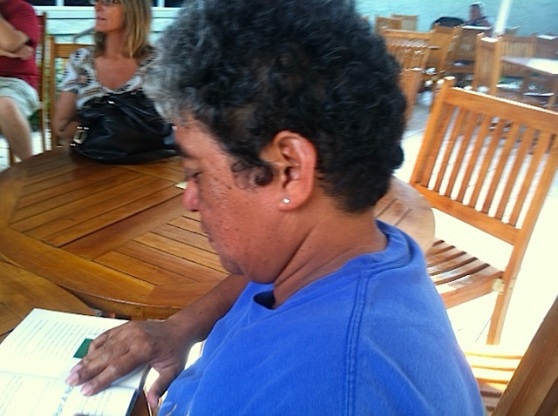 Part of the fun of the book club, she says, is as a social outlet. “I think they’re really enjoying that. We’re just bonding as a little group of friends that check in with each other every week. I think we’ve made some pretty solid friendships.”

At a recent meeting, they celebrated member Edna Phillips’ 56th birthday. Edna says she likes the book club because she can read better now, and she enjoys reading the stories and learning from them.

Barbara says she would love to expand the group to include even more people. It’s open to anyone, regardless of reading ability or even comprehension ability. “That’s really minor compared to what we’re really about,” she says, “which is community exposure and friendship and doing something so-called ‘normal.’” 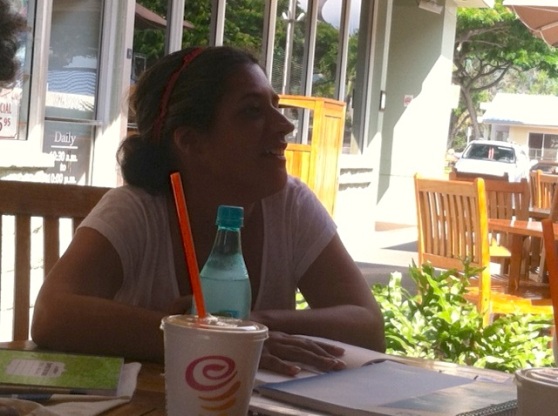 She is also always watching, she says, for someone who would like to co-facilitate Kona’s Next Chapter Book Club. “I would train them,” she says. “It’s not hard.”

And she’d love to have so many members that they need to expand and add additional groups.

“It’s about being out there and having fun,” she says. “We laugh and have a good old time.”

She says as much as members seem to really like it, she just loves it. “Pinch me!” she says. “This is part of my job?!”